So day 71 saw us at Craters of The Moon NM#19. Strange and erie place, that does look like the moon. It is a very large lava bed with volcanic features. The most recent eruption occurring 2000 years ago, with more to come.. The preserve covers 750,000 acres. 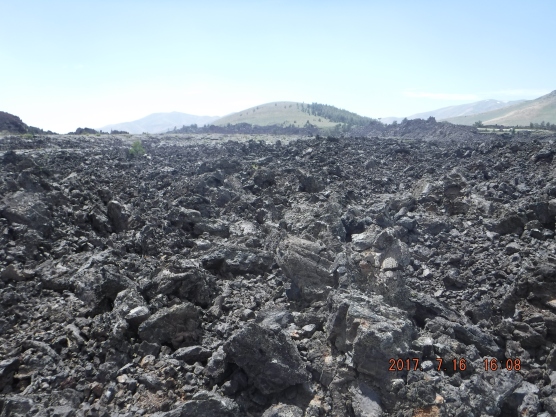 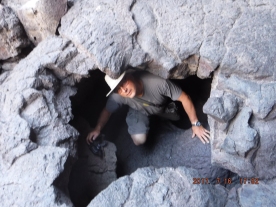 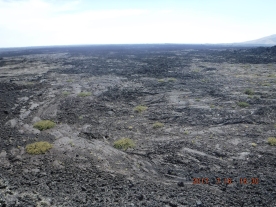 Monday 17th we left Craters of the Moon and headed south arriving at Twin Falls ID and were stunned by the Snake River canyon. Whilst there we saw BASE jumpers leaping off the bridge, apparently the only legal man made structure for BASE jumping ( Building Antenna Span Earth). Personally I cannot see the appeal of throwing yourself off a 400+ft bridge. But it was stunning. 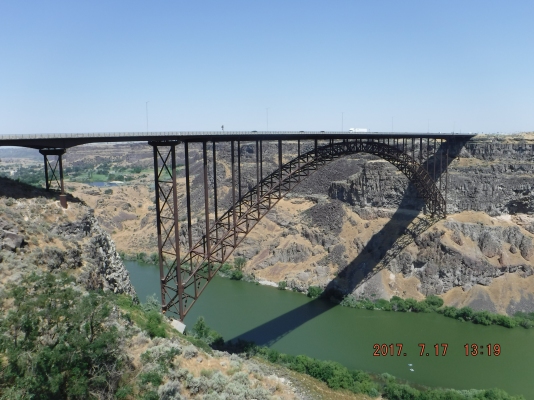 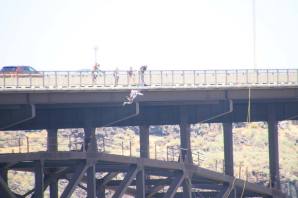 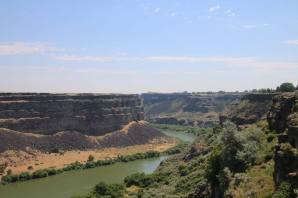 That afternoon we passed into Nevada #29 and spent the night in Wells.

Tuesday 18th we headed back into Utah, stopping at Bonneville Salt Flats. Another strange and fascinating place. The flats cover an area of 46 sq miles, near the center the crust is almost 5 ft thick. World speed records have been set here since 1914. One of my favorite films is The Worlds Fastest Indian with Anthony Hopkins. 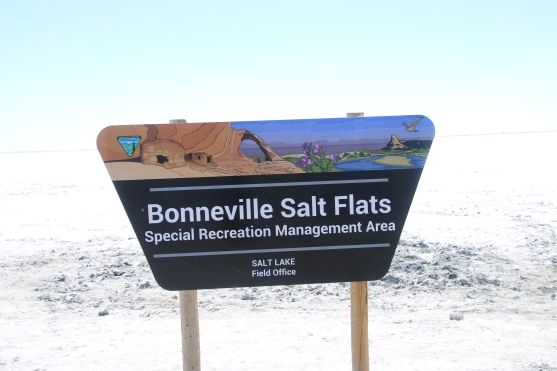 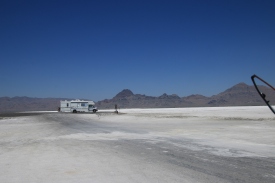 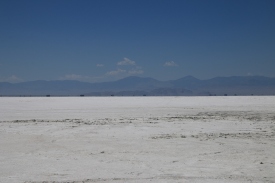 That night we camped at Antelope State Park just outside of Salt Lake city and had the most amazing view from our site with a glorious sunset. And we went floating in Salt Lake !! 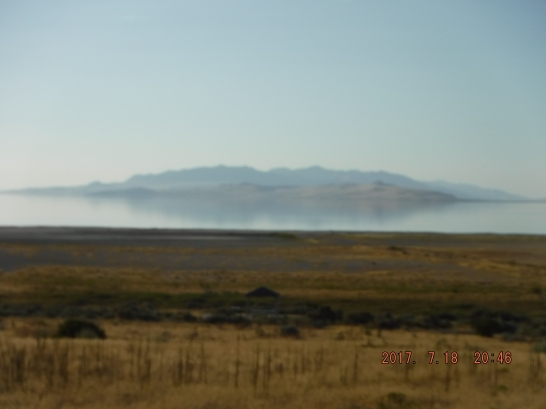 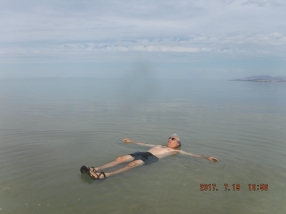 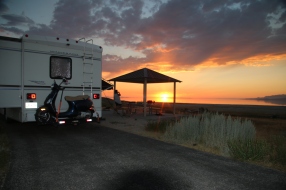 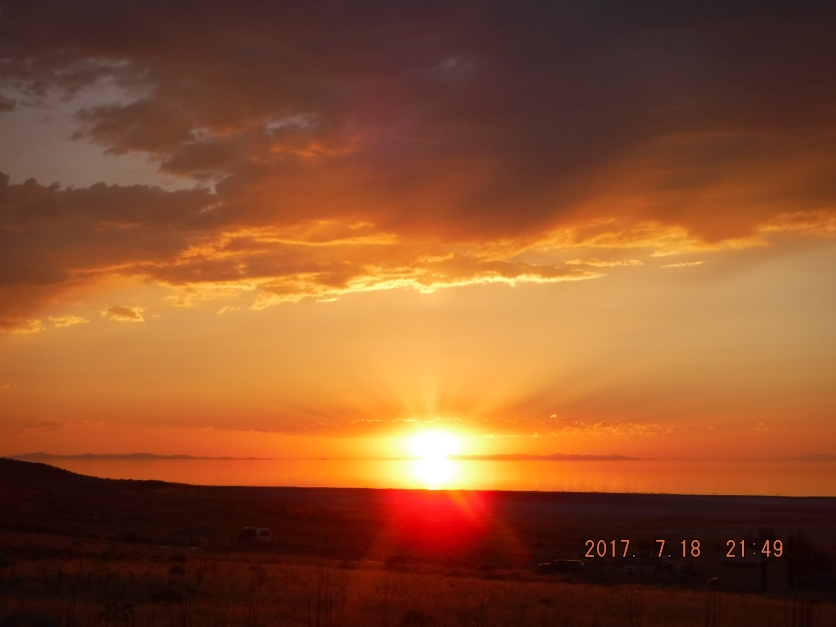 Wednesday was just a driving day heading towards Moab. Piglet got a service on the way, so he is all tuned up and roaring to go ! Arrived in Moab Thursday afternoon and set up camp. Went downtown for a beer in the evening and a bit of a wander. We had to get Chris a new hat as he left his Tilley in Antelope park 😦   He now has a very nice Stetson.

Day 76 Friday 21st. Today we headed into Arches National Park #20 100 million years of erosion have created this landscape boasting one of the greatest densities of natural arches, over 2000. Landscape Arch being the longest at 306 feet base to base. 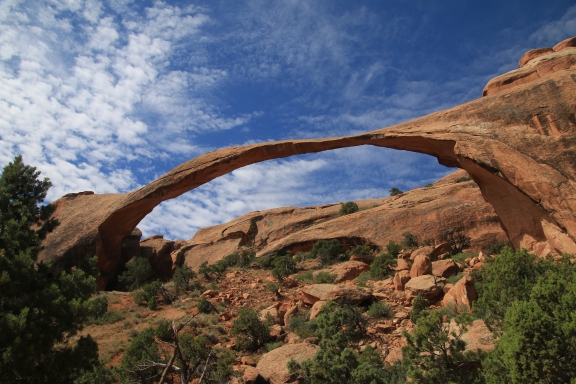 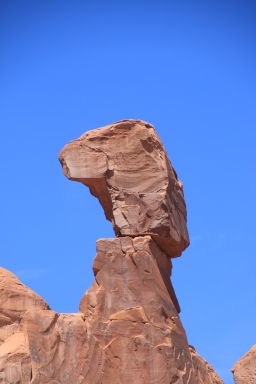 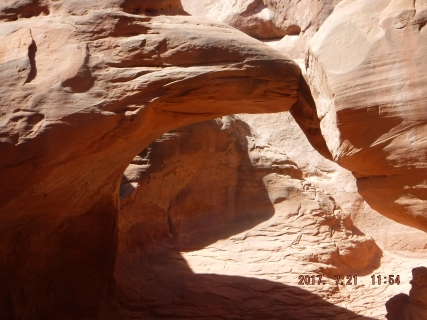 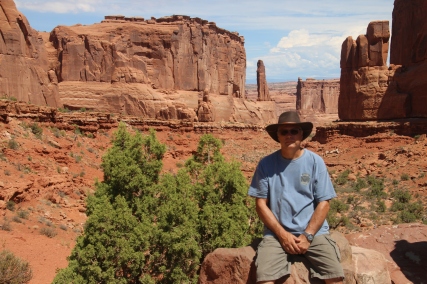 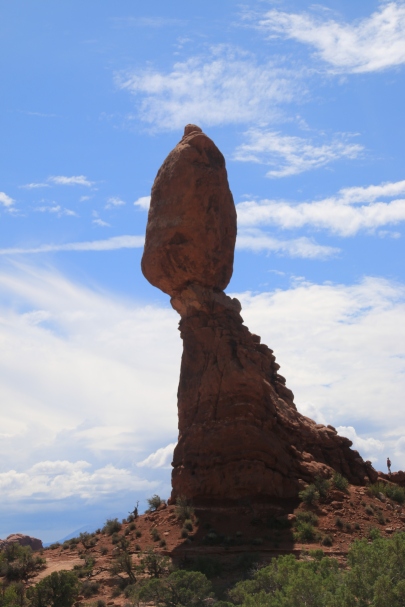 Tonight we are heading out on a Jeep Tour, I am thinking it is going to be rock climbing in a Jeep !!!! I’ll let you know if i survive !